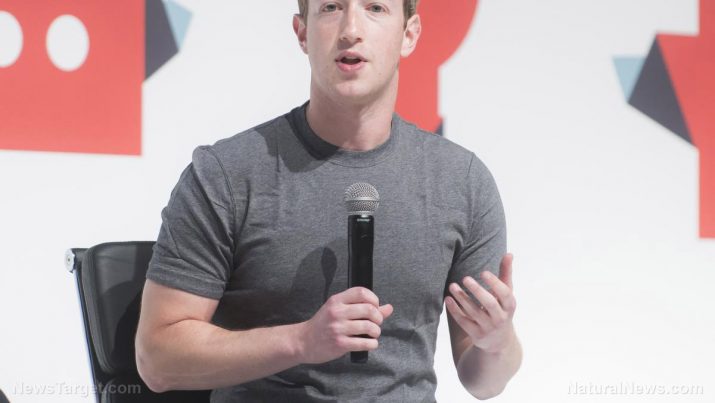 Just about everyone knows what Facebook is, and just as many recognize Mark Zuckerberg as the man behind the social media platform. But few people know that Facebook’s roots are not exactly genuine: In fact, Zuckerberg started it all by doing some very illegal things. Not only was the concept of Facebook stolen from Harvard seniors Cameron Winklevoss, Tyler Winklevoss, and Divya Narendra — Zuckerberg illegally hacked into protected areas of Harvard’s computer network and copied students’ ID pictures.

Subsequently, the university’s administration charged him with the breaching of security, violating individual privacy rights and violating copyrights. He was even faced with expulsion.

Despite the disingenuous nature of Facebook’s beginnings, it’s clearly been a successful venture for Zuckerberg, who is now rich and famous. Even so, Facebook continues its dishonest legacy, by engaging in censorship of dissenting information that dares to expose the truth, especially when it comes to matters of health and politics. As TruthWiki.org explains, “Any story posted to Facebook that contains phrases such as ‘vaccine side effects’ or ‘forced vaccination’ (the law in California now), or even combining words in a sentence like ‘autism and vaccines’ is almost immediately censored and posts by that person or entity blocked for several days afterwards.”

In addition to all of this, Zuckerberg is a noted vaccine zealot, and has even donated large sums of money to mass vaccination programs. But perhaps his most recognized action when it comes to vaccines was his posting images of his newborn daughter waiting to get vaccinated at the doctor’s office. Zuckerberg shared the image with his 48 million followers online in January 2016. Later on in February, he also commented, “Vaccination is an important and timely topic. The science is completely clear: vaccinations work and are important for the health of everyone in our community.”

Is the science really that clear though? Given that Merck was exposed for faking the data on their mumps vaccine efficacy for over a decade, it’s hard to believe that no other vaccines have been subject to similar manipulation. If the mumps vaccine data was faked, how do we know other vaccine data wasn’t also compromised? Statistics and science, while both incredibly useful, are notorious for being easily manipulated. In addition to that fact, vaccines have harmed many people, and the process of developing them has been even more grim — vaccine manufacturers are infamous for testing their products on the youth of low-income communities in foreign countries, for example. Zuckerberg may claim that the “science” is in, but it seems that the truth is not.

Tagged Under: Tags: Do Not Post, vaccine propaganda, VaccineHolocaust.org, vaccines