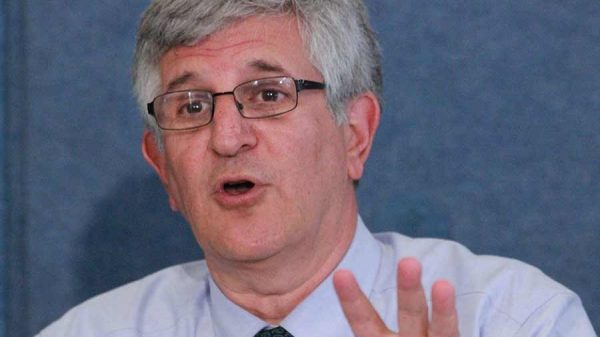 Who is Dr. Paul Offit? In addition to being a doctor, he’s a major player in the media’s push for vaccination. In 2002, he claimed that the infant immune system is theoretically capable of responding to 10,000 vaccines at once. However, in 2007, research found that vaccinating infants with multiple vaccines at once could increase their risk of having a cardiorespiratory event, which would undoubtedly imply that such a practice is not exactly safe. In addition to being one of the most prolific defenders of vaccines, Offit himself created the RotaTeq vaccine, which is produced by Merck. You may have heard of it; like a previous rotavirus vaccine, Rota Teq was associated with hundreds of cases of intussuception in babies, which is a devastating bowel obstruction that can be fatal. In 2011, over 200 children had died following the administration of Offit’s very own creation — Rota Teq.

In spite of this, he remains a staunch advocate for vaccination, which is unsurprising given that he’s made millions off of them. Recently, Offit even went so far as to state that President Donald Trump needs to have “vaccine experts” in his cabinet rather than “conspiracy theorists.” Offit then goes on to list a number of people who have garnered his approval and mocks Robert F. Kennedy Jr. for being concerned about thimerosal in vaccines. “Nonetheless, in 2014 Kennedy published a book titled, Thimerosal: Let the Science Speak—an ironic title, given that the science already had spoken,” Offit jeers. He also proclaims that thimerosal “hasn’t been used in vaccines given to young children since 2001.”

In his article for The Daily Beast, Offit fails to mention that while thimerosal is no longer used a preservative in childhood vaccines, it remains present in many inoculations as a processing agent. Studies have shown that many flu shots still contain up to 25 micrograms of mercury because of this little loophole — and that amount is easily enough to be harmful to any child weighing less than 550 pounds. Furthermore, when it comes to the issue of vaccines and autism, Offit dares to write that “the science has already spoken,” yet in an interview with Philly.com, he speaks of how science gets things wrong many times before coming to a true understanding. One example Offit gives is the lobotomy, which was once heralded as a cure-all, is now known to be an extremely risky and damaging procedure.

That narrative sounds rather familiar, now doesn’t it?

Who is Offit to say that just because some research has shown that vaccines are not linked to autism, the argument is over? Plenty of other studies beyond the work of Andrew Wakefield (who Offit vehemently criticizes) have shown a possible connection. For example, one study found that vaccinated children were up to 700 percent more likely to be diagnosed with autism or another neurodevelopmental disorder. While Paul Offit cherry-picks what science he appreciates, the reality is that the debate about vaccine safety is far from over: the evidence of harm is out there, you just have to choose to see it.

Tagged Under: Tags: DO NOT BROADCAST, VaccineHolocaust.org