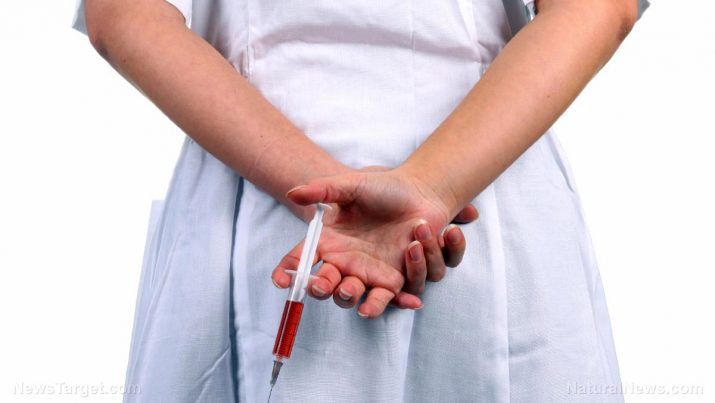 Every teenager says that they can’t wait to be a grown-up. For one young teen, however, that “dream” has become a nightmare. Zara Beattie, a 13-year old girl from Wigton, Cumbria has been struck by severe pain across her body and heart palpitations. Beattie says that the repercussions of the HPV vaccine that she was given have left her feeling like she’s been put into “an 80-year-old’s body.”

Once a vibrant teen with plenty of friends and an active-style, Beattie is no longer able to participate in activities she once enjoyed, like playing soccer. As reported by the Daily Mail, she received the Gardasil vaccine while at school in 2015, and it didn’t take long for trouble to begin. Shortly after getting the jab, she started experiencing trouble breathing during a gym class. While her family first attributed her breathing difficulties to asthma, as her condition worsened, it became clear that something was very wrong.

Zara began experiencing an array of frightening symptoms: Heart palpitations, dizziness, and feelings of weakness and fatigue. Eventually, the young girl was diagnosed with PoTS — postural orthostatic tachycardia syndrome, a condition that makes your heart race.

Even 18 months later, the teen is still reeling from the vaccine’s ramifications. While doctors may not be willing to confirm it, both of Zara’s parents — Anthea, a nurse, and Ian, an engineer — strongly believe that Zara’s medical conditions have been brought on by the HPV vaccine. Her mom, Anthea, commented, “I have been a nurse for 30 years and I have never heard or seen anything like this before. There are so many young girls now who are in the same position. I don’t believe it is a coincidence.”  Last spring, an Irish teen named Rebecca made headlines for confronting pharma hacks about the consequences of the HPV vaccine. Rebecca herself was left wheelchair-bound and unable to attend school after receiving the HPV inoculation, much like Zara.

Zara is unable to leave the house without her wheelchair, and feels faint virtually whenever she stands on her own two feet. She is no longer able to attend school, and is now home-schooled. Even eating a simple meal leaves her feeling exhausted, and she rarely leaves the house except for going to her doctors’ appointments. According to her mother, before getting hit with the HPV vaccine, Zara was an active girl that excelled at soccer and had lots of friends. “Now all that has changed. She has horrendous heart palpitations and horrific pain – chest pain, severe headaches and sometimes whole body pain,” mom Anthea explained. She went on to detail how on bad days, Zara can’t even stand up and will spend her entire day in bed — except for the occasional “crawl to the toilet.” At the age of 13, Zara even needs a stool for assistance while brushing her teeth. Her own mom even admits, “She is like a little old lady.”

The young teen also suffers from headaches, joint and muscle pains so severe that as Zara describes, it feels as though “someone is hitting [her] on the back with a hammer.” She also says that she is very worried about her future. While her friends are thinking about their GSCEs and what their futures will hold, Zara is instead worried about her health. “I don’t even know how I’m going to be in five minutes, let alone five years,” she commented.

Despite the fact that world health authorities claim that there is no support for the belief that Gardasil or other HPV vaccines can cause such grievous harm to their recipients, more and more people are becoming skeptical of the vaccine’s safety and efficacy. The UK Association of Vaccine Injured Daughters represents roughly 400 families, including the Beatties. Together, they hope to make the call for action heard and prompt the government to do something.

While they will certainly never give up hope, Anthea Beattie says it is hard to envision her daughter ever getting to live life as a normal teenager after this life-altering experience. “It has been horrendous. She said to me, ‘Mum, I would rather be dead than like this.'”