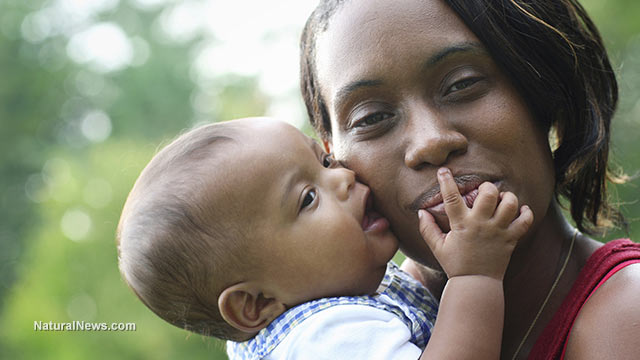 Sadly, the same denialism about the alarming growth in medical injuries caused by vaccines is also endemic across universities, science journals and medical schools, where doctors are indoctrinated into a kind of “Flat Earth” denialism of vaccine injury reality.

The toxic ingredients deliberately added to vaccines destroy countless lives every day, causing permanent neurological damage, autism, seizures, comas, hospitalization and even death. Millions of children around the world have been harmed by these toxic ingredients, which include mercury, aluminum, MSG and formaldehyde, all known neurotoxins confirmed by the CDC as being used in vaccines today.

As you read this, children and pregnant women are being injected with flu shots that contain 25,000 times higher mercury concentrations than the EPA limit of mercury in water.

The widespread denialism of vaccine injury is akin to the historical denialism of the human dignity of the life of an African-American. It’s no coincidence, given that vaccines cause disproportionate harm to black children. The history of medicine is replete with the deliberate medical experimentation on black Americans, a clear abandonment of human dignity rooted in the twisted belief across the medical establishment that black lives don’t matter as long as sufficient profits can be made from the exploitation and suffering of human beings.

This is why today, I celebrate the courageous words of Rev. Tony Muhammad, who dares to tell the truth about how vaccine injuries disproportionately target black children in America: (NOTE: If you are running an ad blocker, these videos may not appear. Be sure to disable ad blocking of this website to see all the videos.)

This epidemic of vaccine violence extends to all children, of course. Even as these children are being devastated and destroyed by the brain-damaging toxins still formulated into vaccines, the pharma-corrupted scientific “establishment” denies their plight and even their very existence, hoping to sweep the “autism” issue under the rug and pretend that injecting children with toxic substances has nothing to do with the brain damage that often follows.

The vaccine injury denialism must STOP. If we, as a world of human beings, cannot embrace the human dignity of children enough to protect them from the predatory practices of this destructive vaccine industry, then we are living in denial of basic human dignity.

Watch this powerful video below, which shows the remarkable ability of these vaccine damaged children to still find the capacity to love other humans, even as they live in a world full of doctors, scientists and journalists who live in total denial of their roles in causing life-destroying damage from vaccine injuries.

Join the fight to halt vaccine violence against children. Watch The Truth About Vaccines, an upcoming docu-series that promises to expose the lies and deceptions of the toxic vaccine industry. Registration opened yesterday. It’s free to watch. Click here to register now.