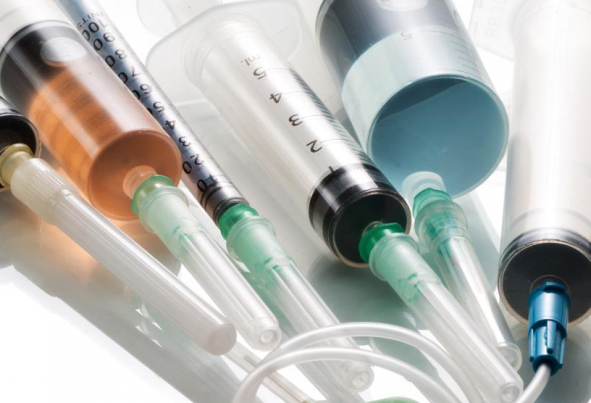 The dangers of vaccines are real, yet most Americans refuse to believe this distressing fact. While the pharmaceutical industry, medical experts, and the government keep reassuring us that the shots are safe, real life cases and science are telling a different tale. Unfortunately, there has been widespread fraud in the safety reports of vaccines that favor industry. While some vaccine victims are scarred for life, others do not even live to tell their story.

Writing for EcoWatch, Robert F. Kennedy, Jr., a resolute defender of the environment and anti-vaxxer, reported on a new landmark study that found metal debris and biological contamination in every human vaccine tested. Since the very compelling and disturbing truth was brought to light, the study should have a direct impact on public health policies and vaccine industry procedures, according to Kennedy.

Dr. Antonietta Gatti, who led the study, told EcoWatch in an interview that their interest in vaccine contaminants started by accident about 15 years ago when they were asked to analyze samples of an anti-allergy vaccine that was causing painful swellings around the injection site and persistent red weals.

When they examined weal and vaccine samples, they found solid particles that should not have been there. The researchers were shocked by the impurities they found.

“We had never questioned the purity of vaccines before. In fact, for us the problem did not even exist. All injectable solutions had to be perfectly pure, and that was an act of faith on which it seemed impossible to have doubt. For that reason, we repeated our analyses several times to be certain. In the end, we accepted the evidence,” said Dr. Gatti.

This finding prompted the researchers to further investigate whether the debris problem was a one-case scenario or if more vaccines were affected. For their new study, published in the International Journal of Vaccines and Vaccination, Dr. Gatti and her team examined 44 samples of 33 different vaccines. Using highly sensitive technology — an Environmental Scanning Electron Microscope equipped with an x-ray microprobe — the researchers scanned the samples for solid contaminants.

Next to toxic levels of brain-damaging aluminum salts, the researchers also found red blood cells of unknown origin and foreign, inorganic debris in aggregates, clusters, or free particles in every single human vaccine sample they tested.

Further investigation revealed that the debris was composed of lead, stainless steel, chromium, tungsten, nickel, iron, zirconium, hafnium, strontium, antimony and other metals. Only one sample – an animal vaccine – came back clean.

As noted by the authors of the study, these contaminants were not declared by the manufacturers on the label and should not be found in any vaccine. In one vaccine, GSK’s Fluarix vaccine for children above three years, the scientists found 11 metals, and aggregates of metals, that have previously been associated with cases of leukemia. (RELATED: Learn more about the damaging effects of heavy metals at HeavyMetals.news.)

Despite the bare facts, several public authorities continue to ignore the harmful effects these vaccines are having on the developing brains of our children. It is time to open our eyes and fight these horrible practices. If you have been following the news, then you can not deny that vaccine damage and deaths are real.

What’s even worse, no matter how many times these companies are sued for vaccine injuries or found guilty in negligence cases that have ruined people’s lives, they are still in business today. Watch the video below to learn more about the “Vaccine Holocaust” and how doctors, scientists, citizens, and authorities are allowing the destruction of millions of lives.